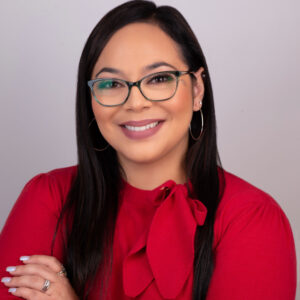 Dr. Amanda R. Martinez is an Associate Professor of Communication Studies and Sociology at Davidson College. She is the Chair of the Department of Communication Studies, co-founder of the DMP, Director of the Speaking Center in the Center for Teaching & Learning, and former  co-chair of the Faculty of Color Caucus, and member of the Diversity Committee. Her research interests intersect mass media and health communication contexts with particular focus on stereotypes, race, ethnicity, gender, and culture. She is former Chair of the Latina/o Communication Studies Division & La Raza Caucus of the National Communication Association. See amandarmartinez.com for details about teaching, research, and service work. Dr. M is a North Carolina transplant from Colorado, New Mexico, & Texas and has lived in Davidson and now Charlotte for 9+ years. 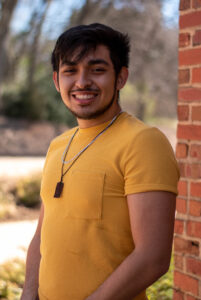 Juan Diaz Mercado (@juandaysmarket ) class of 2022, is from Fremont, NE, one out of two Nebraskans on campus. On campus, he is a brother of Lambda Theta Phi Latin fraternity, inc., is involved in the Davidson College Chorale and a cappella, Questbridge, Catholic Campus Ministries, and is also a MILE student advisor! He enjoys exploring music and creating playlists, playing instruments, being in nature and just hanging with friends! You can also usually find Juan cooking some type of (hopefully delicious) meal in the kitchen. In his words: “Through dedication and effort we were able to utilize this resource to bring a lot of stories and dialogues to the forefront. While this has been hard work, there is still so much work to be done, on campus and off. Do your part to make a change, and lead with kindness.” 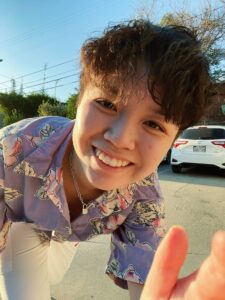 Processed with VSCO with hb2 preset

Julia Lau, (@julia.tf), class of 2023, is from Los Angeles, CA. She intends to major in Digital Studies and minor in Computer Science. On campus, she is involved with the Bonner Scholars Program, Questbridge, and the Pan-Asian Student Association. Her other interests include board-games, photography, video-editing, and eating yummy food! 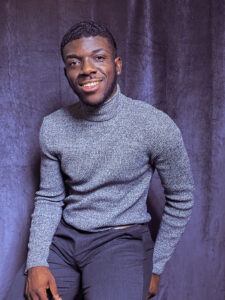 Ricardo “Ricky” Pinnock, class of 2022, is an Africana and Communication Studies double major from New York City, NY. When he is not doing work for DMP, he can be found near the Black Student Coalition house and other multicultural student organizations, where he channels his passion for social justice, or working on his Spotify playlists with friends as a way to express his love of music. Other interest of his include sports, gaming, spirituality, organizing, and being there for his friends. Professionally speaking, Ricardo is interested in web programming and UI/UX design and creative advertising. 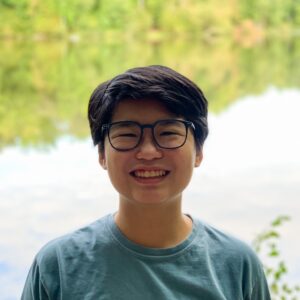 Ashley Ip (she/her) (@ippys13) is a rising senior at Davidson College, majoring in Anthropology and Physics. She is passionate about fighting the medical-industrial complex and using data visualization as a tool to better communicate societal issues.  While at Davidson, she’s co-founded the Asian American Initiative, a working group advocating for Asian American Studies, has worked with the Digital Learning team to help students, staff, and faculty with various digital projects, and works on the Davidson Community Fund as the “financial god” by managing the organization’s finances and bookkeeping. While she is dedicated to her work, she makes sure to continuously center care and rest. Outside of academics and the fund, Ashley can be found learning new songs on the guitar, taking long walks or convincing her friends to get Crocs! 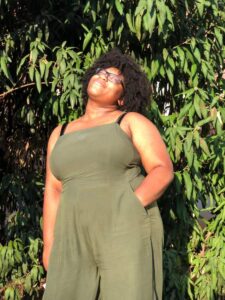 Jaelyn Taylor (@jaelynztaylor) (she/they) is a gemini sun, pisces moon, and leo rising Black queer femme, Greek mythology nerd, and soon to be senior at Davidson College. As a student, she is researching the historical and sociopolitical role of algorithms as a tool to surveil, manipulate, and harm Blackness and Black people. Though born in Miami, FL, she has moved a total of nine times but has never left the South in the United States. On campus, they are a Bonner Scholar, a Media Consultant with the Digital Learning team, and working as research assistant in the sociology department. They also are a core organizer on the Davidson Community Fund, co-organized a five-week radical political education series called Imagining Davidson in fall 2020, and co-founded a community care space for Black femmes at Davidson College. When they aren’t over committing themself to school and work or contemplating their existence, Jaelyn can be found online shopping for earrings, driving in their car 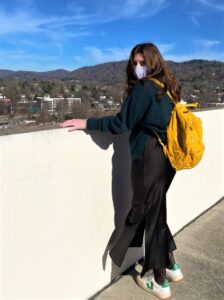 Michi LaCorte (she/her) is a member of the class of 2022 from Weaverville, NC double majoring in Philosophy and Gender & Sexuality Studies. Michi has been a student collaborator of DMP since fall of 2019, and has been a part of the 2019 takeover week, the collaborative showcase with AAI, as well as the series “Let Talk About It: A Gateway to Anti-Racism” with Common Ground’s Yunah Han. She is currently involved in research titled “A Feminist perspective on the Moral Responsibility of Self Respect” 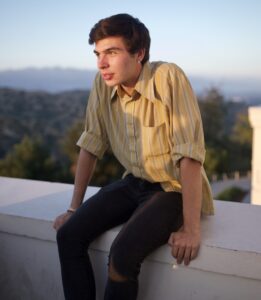 Basil Wiering, class of 2023, is originally from Grand Rapids, MI. He is currently undeclared but intending to create an interdisciplinary major dealing with photography and storytelling, particularly at their crossroad of photojournalism and social documentary. In his free time, he enjoys biking, portrait photography, exploring music and drafting his own through spoken word and rap. He is passionate about the implementation and effects of education models and was drawn to the Project by its open discourse of the role identity plays in these settings. 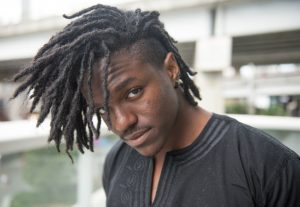 Maurice J. Norman, from Waxhaw, NC (@mauricejnorman) graduated from Davidson College (2020) as an Africana Studies and English double major. On campus he served as a Bonner Scholar, a Brother of Alpha Phi Alpha Fraternity Inc., and President of the FreeWord Poetry Group. As a senior, he wrote an English honors thesis, which included a collection of poetry and series of spoken word performances. While studying abroad in Australia, Maurice founded a non-profit organization called S.I.L.E.N.C.E., dedicated to innovative community building through spoken word poetry, narrative-based projects, and fundraising. After graduation he will join the Digital Learning staff as a fellow at Davidson College while preparing for higher education eventually. 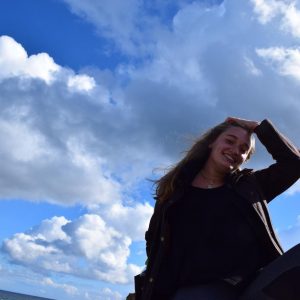 d from Davidson College in 2019. As a student, she was an English major and Communication Studies minor. Born and raised in Summit, New Jersey, she was a member of Connor Eating House, the Summit Coffee Outpost chair for the Union Board, and a 1st and 2nd-grade tutor at Ada Jenkins. Her other interests include photography, reading, movies, and trivia. 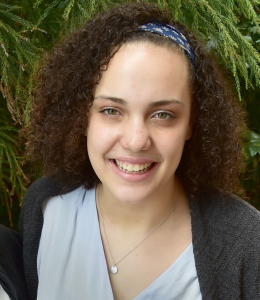 Isabel Ballester graduated from Davidson College in 2018 with a Gender and Sexuality Studies major and a minor in Hispanic Studies. She is a member of Alpha Kappa Alpha Sorority, Inc. and spends most of her time hustling for travel funds. She was a member of the Student Initiative for Academic Diversity and enjoyed working on campus-wide equity projects. She reps both the Dominican Republic and Philadelphia, PA as her homes. 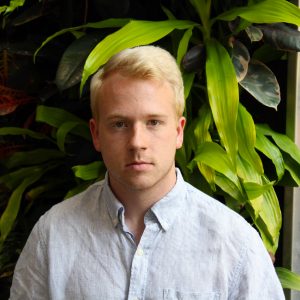 Jacob Hege, originally from Durham, NC, graduated from Davidson College in 2018 with a double major in Communication Studies and Gender and Sexuality Studies. On campus, he worked for the office of Alumni and Family Engagement and was a member of the executive board for 1972 as well as the Rape Awareness Committee. 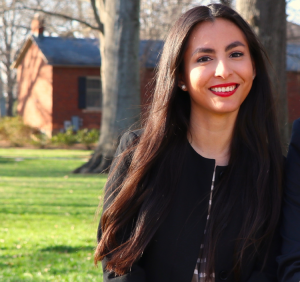 graduated in 2019 from Davidson College with a double major in Africana Studies and Political Science. Born in Aguascalientes, Aguascalientes, Mexico, but  raised in Sanford, North Carolina, Itziri’s on-campus involvements included: the Student Body President, a co-founder of the Davidson College Define American chapter, a research assistant, a STRIDE mentor, a member of Warner Hall Eating House, and a Senior Admissions Fellow. Fun fact: Her full legal name has over half of the letters in the alphabet!